Your Turn to Chase Me, Reborn For Revenge - biquge
Skip to content
by: BiqugePosted on: June 3, 2022 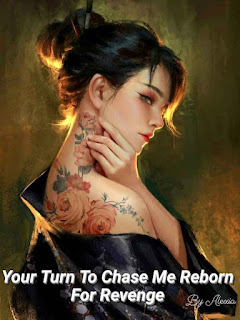 April Jones was submissive and weak, she gave in to her stepmother and stepsisters every whim. Her father was busy with the business and had no time for her. They took everything from her even her life. She died a horrifying death, now reborn she plans to change her fate and take back all she had lost.Dean Davis is a notorious CEO he built his business from he was young withhis own blood and sweat. His vicious uncle sent some thugs to deal with him one night, that same night he met his angel April.Both died, both were reborn.April only wants revenge and gave up on love, when Dean meets his angel for a second time, he wants to love her but doesn’t know-how.

“Ummm… Thanks.” She took a bite and started to eat. She looked at him and slowly said, “It’s probably a bit late but, hi I’m your new neighbour April Jones.”“Hi April, I’m Dean Davis.” He reached out his and so did she, they shook as they greeted each other.“Nice to meet you, Dean.” She smiled at him and then took a bite of her pancake.However, she missed the look in Deans eyes. He, at this moment, was full of happiness like a teenage boy in love.Hearing her finally say his name was the most soothing sound to his ears. It sounded so sweet, so soft, he was greedy for more. In a good mood, he continued eating all the food she cooked.What made his heart softened more was he actually wanted to hold her small hand again and never let go. Thinking of it, he swore inside, he’ll never let her go.