The Second Master’s Little Ancestor’s Vest Fell To the Ground - biquge
Skip to content
by: BiqugePosted on: May 26, 2022 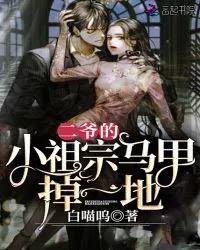 Everyone said that the wife of the Rong family in the famous capital city was from the countryside, she did not know big characters, was vulgar and liked to bully others.

A well-known professor is her apprentice.

Her etiquette and social sway is the first thousand dollars and five streets.

As for bullying, that’s true.

Mrs. Rong was so arrogant and undisciplined that she beat up the young master of the Jin family violently on the street, causing Jin to stay in bed!

Lawyer Li Dajinjin: “My sister is in self-defense.”

Mrs. Rong didn’t know what to say, and threatened to rub the professional league champion on the ground by 1v5!

The leader of the e-sports world: “My sister’s strength is so powerful that it’s no problem to pick ten.”

Mrs. Rong is outspoken and commented on the performance of well-known actress Chengxiang!

Popular fried chicken: “I love it, I’m used to it, I don’t want to hold back.”
The onlookers feel their teeth are sore, this is simply a winner in life.

The sunspots were in a hurry, and they all picked up the keyboard and spit it out:

What if there is a big brother’s favor, it must not be favored by the second master, and it is destined to stay in an empty room for a lifetime!

The sinister Rong Erye panicked instantly, sweating in cold sweat: “I’m not, I don’t, daughter-in-law, listen to my explanation!”