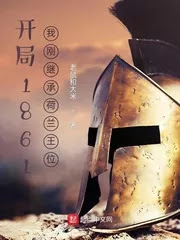 He didn’t want to work hard to join the war-torn 19th century European hegemony. He just wanted to be a crown prince with peace of mind until William III abdicated in 1890.

He even made up his mind whether to directly Forget about leading the Netherlands to be a neutral country, spend a little time and experience the leisurely life of the upper class of the nobles in this era, it is worthwhile to come here for a while.

But the reality is ‘cruel’. His father, William III, was dissatisfied with Tolbek’s re-election as prime minister of the Netherlands because of the weakening of the royal power. So a ridiculous scene appeared. Before forming a new cabinet, Erbec took the first step.

The heir, and after William Hendrick became King of the Netherlands, he took Queen Sophie and William Frederick to Luxembourg. With such a ‘prominent’ background, how could William Hendrick live those small days?

So in desperation, I can only directly accept the mess left by William III and clean up the mess.

William Hendrick smiled bitterly: “Okay, I admit that I need to face the threat of European powers.”