Miracle Pill Maker Bullies the Boss - biquge
Skip to content
by: BiqugePosted on: May 26, 2022 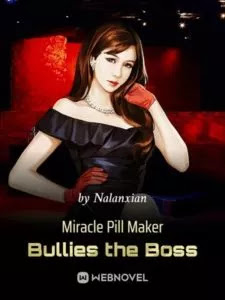 The wealthy Lu family made a joke that the daughter who had been raising for more than ten years turned out to be a fake!

The real daughter returns, everyone is waiting to see the jokes of the fake daughter!

I want to see how this fake daughter, accustomed to being a rich lady, goes to a poor home, how to survive!

Huo Yao, who has just passed through, said that it is good to experience poverty!

However… the imagination is beautiful, but the reality is deviated.

Dad: Daughter! There is no limit on this black card, so use it!

Mother: Good-looking! If you don’t like these jewels, mom will ask someone to change another batch!

Huo Yao: …what is said to be ordinary and poor?

The big brother of the CEO of the investment company: my younger sister, come and inherit the company!

The second brother of a talented lawyer in the industry: Who dares to slander my younger sister, the lawyer’s letter greetings!

The third brother of an international genius doctor: Bullying my sister, have you asked about my scalpel?

Mysterious top four brother: my sister, the most lovely in the world!

Huo Yao: ….. It’s delicious and lazy to cook, what about chewing old waste?

The top wealthy boss, silently changed back to cheap clothes, and appeared in front of her in a small broken car, “Baby, I’m really the same, don’t you believe we will try to get married?”

The people who knew the inside story did not dare to speak out cursed in their hearts: tui! You pretend, you pretend!